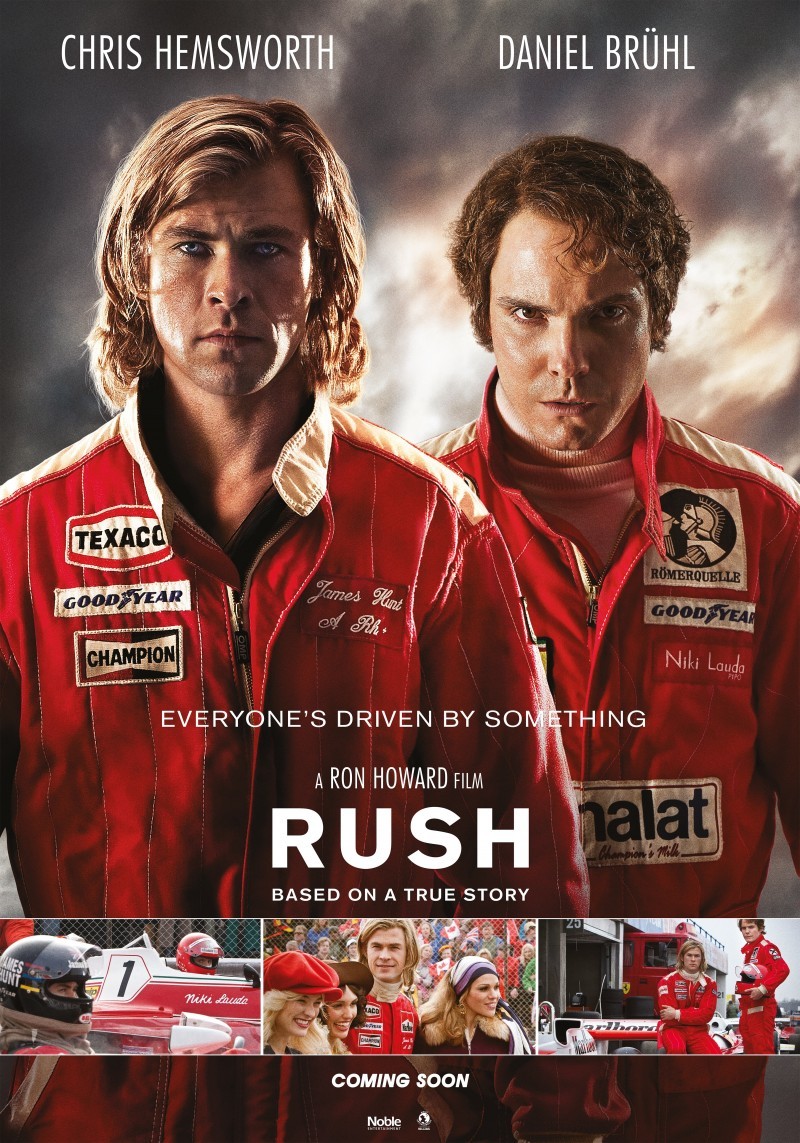 Director Ron Howard has brought us a lot of beautiful and interesting movies.  More than anything, Howard is known for creating most of his movies based off of a picture. This time around, Howard is headed into the world of Formula One racing! Alongside him, is the God of Thunder, Chris Hemsworth! Also joining the crew is Daniel Bruhl, whom you may know from his role in Inglorious Basterds. Everything that I’ve heard about this film has been great! It’s fast paced, it’s fun and it’s a great look into a legendary rivalry! For all you adrenaline junkies, fans of Howard and fans of great movies, it looks like Rush is going to be the movie for you! Take a look below at some of the gorgeous photos from the film (image size may vary)!