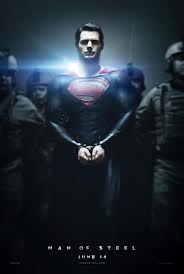 Man of Steel! The hotly anticipated movie of the Summer! There have been a lot of questions surrounding this film, accompanied by a lot of doubts too. When you make a movie about Superman, there’s always going to be a risk. How do you kill someone whose only weakness is Kryptonite? Is he too powerful to be hurt by anyone or anything? Is this going to be better than any of the other Superman movies? Well, I think this is better than the other Superman movies. What so many other Superman movies failed to do, was giving us (the audience) a connection to Superman that made him seem like one of us. In this film, I think that Snyder and Nolan accomplished that.

While Zack Snyder may be the director, Christopher Nolan certainly had some influence over this film. Snyder delivers the action while Nolan delivers the origin story. We get to see a lot of Krypton (Superman’s home world) and how things got to be so bad there that Kal-El (Superman’s birth name) had to be sent to Earth as a baby. Russell Crowe plays a much larger role than anticipated as Kal-El’s father, Jor-El. Crowe gives off a lot of really great monologues that will eventually lead Superman to greatness. If you know the story of Superman, you’ll enjoy this movie a lot. If you don’t know it, I’ll fill you in a bit.

Jor-El and his wife, Lara Lor-Van (Ayelet Zurer), have the first natural-born Kryptonian child in centuries. When Jor-El discovers that Krypton’s core is unstable, he thinks to send his newborn son off to another hospitable planet to save their race. Their death is inevitable, which fuels a rebellion from General Zod (Michael Shannon) and his troops. Jor-El manages to get Kal-El off Krypton before it is destroyed, and sends him to a planet called Earth. On Earth, Jonathan and Martha Kent (Kevin Costner and Diane Lane) find Kal-El in his space pod that crash landed on their farm in Kansas. Henceforth, he was known as Clark Kent.

There’s the story for you! Cavill gives an outstanding portrayal of Superman, but I think my favorite performance was Kevin Costner’s. Costner knows that his son is different (as we see in flashbacks), but he loves him regardless of that fact. He keeps Clark safe and helps to control his powers that he discovers during his childhood. Costner is fantastic and adds a lot of emotion to this movie. We also get to see Clark growing up and the struggles that he had as he tried to fit in with society. He couldn’t fight back with bullies, he was called a freak, and he could do things that would scare the other kids if they knew. The humanization of Superman is superb in this film! They really do a great job of connecting him to the audience. That being said, there were some shortcomings with this film. Let’s explore a bit of both in Tiffany’s Top Ten Thoughts! 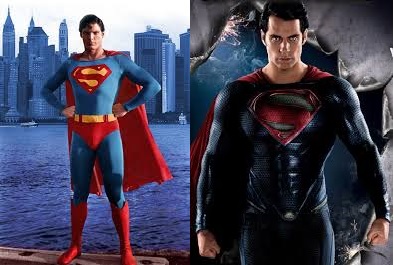 Superman has changed a bit since the 80’s. He’s also learned how to put underwear on properly. So, there’s that…

There are a lot of people who kind of disliked this film, and I guess I could see why, but I thought it was pretty good. It’s certainly one of the better films I’ve seen this year. The action and visuals will blow you away, especially when seen on a gigantic screen. Whether you like Snyder or not, you’re going to love and appreciate the action in this film. For those of whom that like Christopher Nolan, you’re going to be pleased with this origin story. Seeing Clark and Jonathan Kent struggle as Clark grows is very realistic. Nolan knows what he’s doing. For the most part, this film had me blown away. It wasn’t until the middle of the film when a good 20 minutes is spent of fighting and regrouping. It’s cool for the first 5 minutes, but then it will lose your interest. I still appreciate the action though. I mean, there are some of the coolest fighting sequences in this film! You’re really going to love it. I’d highly recommend seeing this film because it’s a lot of fun and I think it tells a very truthful and real story that we can all somewhat relate to. I can’t wait to see what the sequel holds and how Warner Bros. will deal with a Justice League movie! Head out to your theater and see this right now!